I wrote a thing!


Summary: He will never forgive Wang Zhi for being careless enough to get himself killed like this: by a band of common thugs, barefoot and with his hair undone, in Sui Zhou's house, in front of Sui Zhou.

But then the thug manhandling Wang Zhi laughs, pulling him up short in the middle of the courtyard. He even shakes him a little. "Look what I found in Baihu Sui's bedroom. It's a boy!"

Sleuth of the Ming Dynasty is a historical detective/action drama that revolves around three very different government officials. Together (mostly), they investigate a series of crimes and mysteries, and happen upon a conspiracy that threatens to topple the empire.

Our three heroes meet when investigating the strange murder of a Marquis’ son – a case that is inexplicably connected to the disappearance of the Crown Prince’s best friend. They go on to bicker, eat lots of delicious food, build a lovely found family with an excellent batch of secondary characters, and try very hard (and with varying success) to stay on the emperor’s good side. 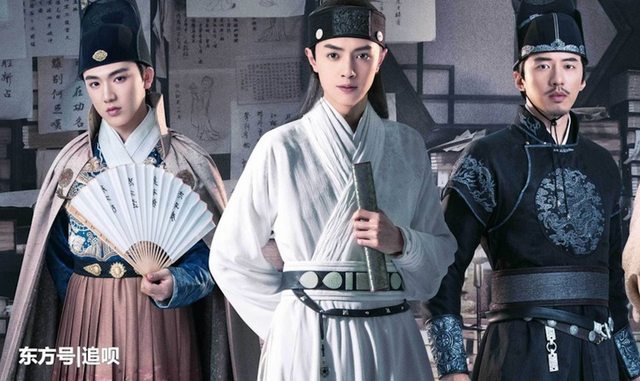 Sleuth is based on a m/m novel, like so many recent dramas, but in this case, I don’t think it’s worth watching for the book pairing. Tang Fan and Sui Zhou build a strong and interesting friendship in the series, but I don’t particularly ship them as a romantic couple; the chemistry just isn’t there for me. However. Add Wang Zhi to the mix and it’s a different story. This may be the first drama that gives me OT3 vibes. 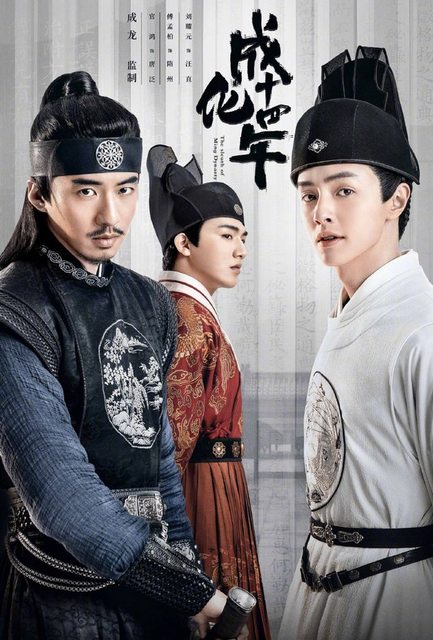 Would I recommend it?

Absolutely! I must warn you that this drama does have a number of annoyance factors, including Tang Fan’s occasional over-the-top childishness (apparently intended to be funny?) and several very grating plot points. But even so, I find it entertaining, pretty, and a lot of fun – and it has Wang Zhi. ;-) It also does interesting and interestingly nuanced things with Chinese history, if that’s your kind of thing. So I would absolutely recommend you check it out.

Where can you find it?

The first four eps are subbed on YouTube. The entire series is available here, and also on Viki.

Guardian has really spoiled me! I find that I am now unreasonably irritated when shows don't give me the intense emotional connection(s) that I want to see... or only in tiny little doses.

Or when they don't give the right characters enough love.

YOU ARE DOING IT WRONG. Do better, show. Be like Guardian.

I have been suddenly submerged in work, and expect this state of affairs to continue until the end of the week. Fannish withdrawal is hitting me hard, y'all. I haven't even been able to read DW properly, let alone comment on all of your awesome posts, and talk about Guardian, and plot/write/angst about not writing!

Instead I must pretend to be a functioning adult. Oh well. ;-)

Anyway! To make this post more interesting, have a pic of an amusingly risqué ad I saw today. 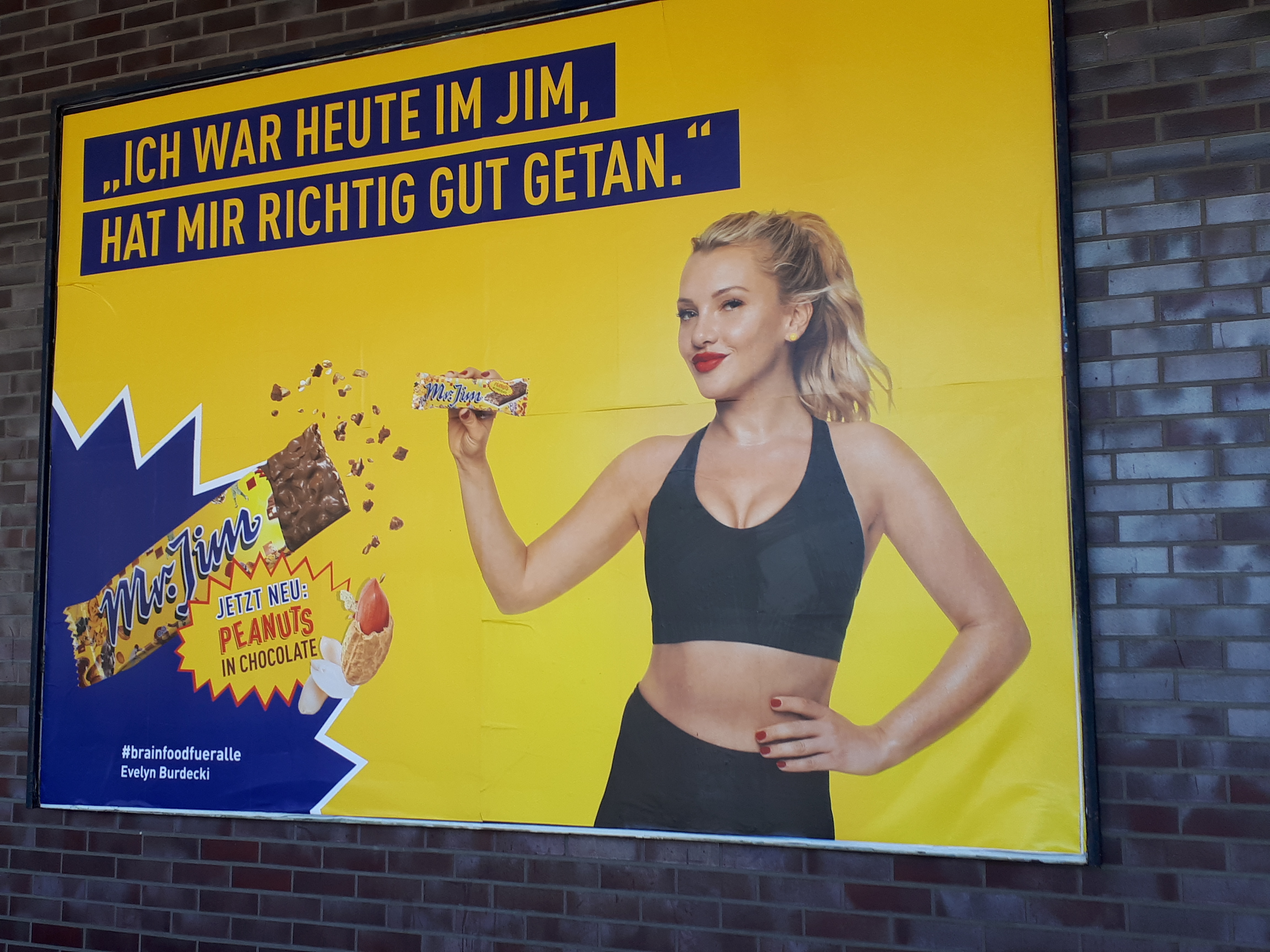 Translation: "I was in Jim today. Did me a world of good."

So, a while back

galaxysoup and I were reminiscing about the horrors of classic fannish website design. Remember when Geocities was a thing and disclaimer pages made you hunt for the second comma in the thirteenth line? Remember purple text on black background, blinking gifs and flashing text, cheesy ornamental buttons, weird graphics and crazy fonts?

Well, as it turns out, I still have evidence of some of my transgressions. Here they are, for your amusement! ( Collapse )

Sooo… what do you think?
View poll: Times were different, MacLeod. I was different.

Instead of writing, I thought I’d ask you all a few things about your reading preferences. Procrastination for the win! :-)

So tell me! How do you like your fanfic?

I ordered a package a few days ago. (Clothes hangers, probably the most boring objects to ever arrive in a package – but still nice to have.)

Amazon was excited to keep me updated every step of the way, until on Wednesday, it trilled happily into my email account: Yay! Your package has arrived!

Me: *forgets about it for a couple of days and then remembers that her clothes are still sadly unsupported by chic new hangers*

Dwarf: But what if the undead come crawling over the rubble behind us, looking for brains?
Spell-casting priest (me): No worries, we don't have any of those.

Last week, my roleplaying group tried to prepare a cave for a fight. It took several hours. Our poor GM occasionally asked, in an increasingly despairing voice, "so what exactly is your plan…?", to which our decisive and eloquent answer was, inevitably, "uhm".

It was so sad, you guys.

This planning malaise cannot go on.

Does anyone have recommendations on teaching material about strategy and combat tactics – preferably applicable for small-ish groups?

Summary: For such a rigid and inflexible man, Chief Zhao could be surprisingly capricious. Why would he send a distinguished cat like Da Qing to deal with his drunk, wayward and entirely objectionable offspring? Humans, seriously.

Da Qing and Zhao Yunlan's first meeting. (For a certain value of "first".)

When Da Qing found him, the kid was pretty much wasted. Given the furrow of Chief Zhao's brow when he'd pulled Da Qing aside earlier, it wasn't that big a surprise – although it was still odd to see anyone related to the Chief spread out in his chair like that, every limb flung in a different direction.

Summary: Combatants from another world unexpectedly enter Dragon City, the Black-Cloaked Envoy acquires an interesting reputation, and nobody has a terribly good time.

On Wednesday, a portal to another universe opened south of the river, over the old town hall. It swirled shut again almost immediately, but in the brief moment of its existence, a kid wearing a baseball cap, a monk, a schoolgirl and a guy in a trench coat managed to fall through. They then put half of Dragon City under a force field, jumped around on top of various buildings, and threw bolts of electricity, swords, doves, hawks and various other missiles at each other. Dozens of people had recorded it on their phones, or Yunlan would probably have considered at least the birds down to creative license.


The story on AO3.
Collapse